Our 2021 amazing jury is composed of environmentalists from all over the world!

Every jury member will give a mark to every team and the average will decide winners! 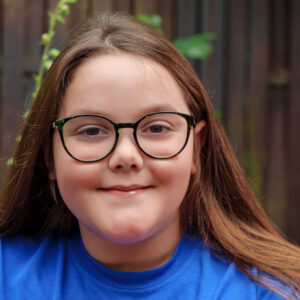 Lilly is an international environmental champion. She is a dedicated Youth Ambassador for Plastic Pollution Coalition, Earth.org, World Ocean Day Italy and YouthMundus Festival. At just the age of 12, Lilly has achieved more than the average adult and has already established herself as one of the world’s most aspiring environmentalists. This impressive young lady started ‘Lilly’s Plastic Pickup’ at the age of 7.
While walking with her grandfather one day, she saw plastic in the streets. After looking up the dangers of plastic, Lilly was sad to find out about the terrible impact that plastic has on animals, she decided it was time to take action herself. To date, Lilly has picked up close to 150 000 pieces of plastic, and she is the longest schoolstriker in the Netherlands. She started striking in September 2018 alongside her friend, Greta Thunberg.
Lilly was featured as a Global Citizen last year in their coverage of UNs World Oceans Day 2020, due to her being a speaker on their panel alongside Secretary General Antonio Guterres, Cara Delevigne, the Cousteaus and several others. Onalytica voted her as number 28 on their prestigious top 100 environmental influencers list in 2018 alongside fellow activists, including Leonardo DiCaprio, Mark Ruffalo, Dianna Cohen and the Mayor of London. She was awarded the prestigious Lintjes award by the Dutch government for Outstanding Achievement with Greta Thunberg and Anuna de Wever for their environmental works. Lilly was awarded an International Eco Hero Award in 2019, and she also received a Young Activist of the Year Award 2019 on the International Children’s Rights day for her constant and unwavering strike for the climate. Lilly was honored by the President of Egypt at the World Youth Forum, which took place in December 2019 where she also participated in a panel alongside Dr. Jane Goodall. She has also been invited by the Vatican to meet with the Pope. In the meantime, Lilly is very busy continuing her tireless and dedicated fight against climate change and protecting our planet. 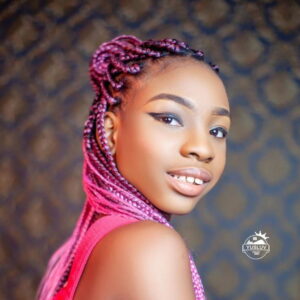 Misimi Isimi is the president of Eco-Kids Green Club. She is a 14year-old waste activist and a child environmentalist whose untiring effort is to create a sense of hopefulness for the future. She is resolute in ensuring the general public learns how to make the best decisions regarding the use of natural resources as well as the best ways to protect the environment from harmful pollution, providing children with a strong foundation on environmental stewardship and instilling environmental consciousness as a way of life starting from their tender age. Misimi Isimi’s mission is to make green a part of life for kids and help children learn about responsible environmental stewards. It is a great way for children to share ideas about the earth, get access to fun information and resources to help kids go green, and help them know their part in protecting the environment. Misimi Isimi’s vision for underprivileged children is to start an environmental school (Cco Kids Academy). She is currently working on starting her self défense school for a girl child. She is also working on the second phase of the “children for a cleaner Lagos initiative” which is the school to school campaign in partnership with Lagos state and Tony Iji. Misimi’s vision is to educate children on topics like waste management, recycling, climate change, global warming, recycling, afforestation, deforestation, upcycling, etc. She is also working on launching her recycling app (Blueko app). Misimi has be awarded numerous awards throughout Nigeria and the world for her enviromental activism. In 2018, she got an award for the best kid in an environmental campaign at the “Nigerian top ten kid award”. She was also involved in the lagos state blue box initiative where she gave a speech on recycling. 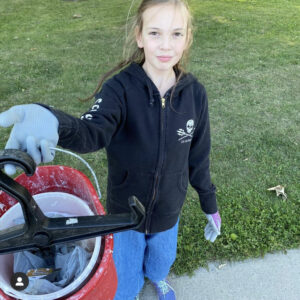 Ella Grace is an 11-year-old ocean and shark conservationist. Her passion for the planet and all its living creatures started at a young age. As she studied her favorite animal, sharks, she realized that they were in danger of extinction. This leads her to want to help clean up their home to give them the best chance at survival possible.

From organizing community cleanups to speaking at events and schools, Ella always advocates and encourages people to end their relationship with single-use plastics. As one of the founding members of The Cleanup Kids, Ella is on a mission to encourage other kids to get involved and clean up the planet, so future generations have a clean planet to call home. 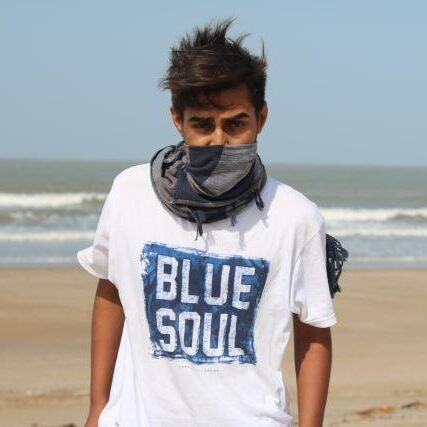 Rushabh Deena Shah is a 22-year-old Photojournalist, Wildlife Rescuer, Influencer, and Young Manager in a Mumbai-based Startup ‘Futwork’ where they provide Work From Home jobs to people across India. Rushabh is also Mass Media Graduate from Nagindas Khandwala College, Mumbai. In 2020, he left the city life of Mumbai and shifted to a rural village Koday in the Kutch district of India. Currently, Rushabh and his team are working closely towards conserving the Marine Life and Coastline of Mandvi, Kutch. Rushabh leads Mandvi Cleanup Project and conducts weekly cleanups at Gundiyali Village & Modhva Coast, Dhrabudi based in the Gulf of Kutch. Rushabh and his team travel 70 Kms on the weekends to help save mother nature. 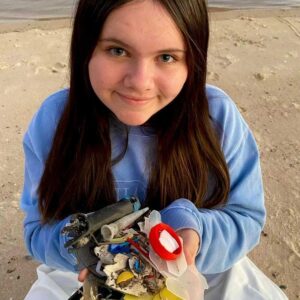 14-year-old Shalise started her ocean campaign over 4 years ago, to take a stand against plastic pollution and marine related issues.  She has gained a worldwide following and has delivered many inspiring talks to hundreds of thousands of people, online, television, radio, books, magazines and in person on plastic pollution.  She recently did a TEDx talk in Sydney and has spoken at several International Ocean Conferences about how to live more sustainably to help the planet and oceans.  Shalise collected data showing the huge marine debris problem in her community and worked with the council to help secure a $77,000 EPA litter grant to address marine litter. This story appeared nationally on television on The Project (Network 10) and Behind The News (ABC).  Recently Shalise was chosen by Philippe Cousteau from EarthEcho, the grandson of the legendary underwater explorer Jacques Yves Cousteau, to be a part of his Australian expedition and ‘Youth In Action’ Program.  And she was chosen from children all over Australia to host the launch of the online EarthEcho Plastic Seas teaching resources. Recently Parley For The Oceans USA announced that Shalise was chosen to represent Australia at the International Ocean Youth Summit in Hawaii.  Parley chose 28 of the strongest youth leaders around the world to come together at this International Ocean event to raise awareness about the pollution problems in our oceans. Shalise has received numerous honours, including a prestigious State Government award for her commitment to the environment from the Premier of NSW, Gladys Berejiklian, she is the first school-aged person to receive this state honour.  Shalise was also awarded the ‘NSW Green Globe Young Sustainability Champion Award’ from the NSW Government Green Globes at Taronga Zoo in Sydney.  On Australia Day she received the ‘Environmental Citizen of the Year’ award. Shalise founded her organization she named ‘Plastic Free Schools’ which is a school program and waste audit system used to empower students and teachers to be advocates of the ocean.  Shalise was chosen to do a Sustainability leaders – Champions of sustainability Webinar with Clare Press (Mrs Press) who is the Editor of Vogue Australia organised by the NSW Government Department of Planning and Environment.  She has also been selected to be the youth representative on the Regional Council for a 4 year term as part of their Community Inclusion Committee.